‘Eros Now’ apologised after a protest by devout Hindus

Persistent abuse of Hindu Deities and tendering apologies after the protests have become a pattern. The Police must register an offence  and imprison the culprits to ensure that they get severe punishment. 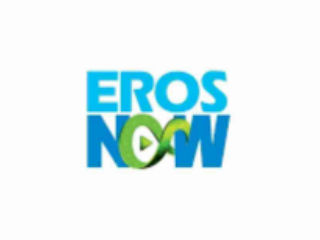 New Delhi – On ‘Navaratri’, ‘Eros Now’ a film production company released a few posts on social media. These posts scorned the ‘Navaratri’ most obscenely. Devout Hindus protested against the affront.  Trending on a hash tag on Twitter ‘#Boycott Eros Now’ registered the protests and ‘Eros Now’ tendered an apology.

Social Media in charge of BJP in Haryana Arun Yadav, registered protest against ‘Eros Now’, and started the hashtag. Arun Yadav posted two photos on Twitter showing religious discrimination by ‘Eros Now’. In one of the photos, film star Katrina clad in a yellow sari strikes a provoking pose. The other photo shows ‘Eros Now’ greeting Muslims for Eid in a sober language. In greetings of Eid, ‘Eros Now’ followed social manners but greetings for Hindus on Navaratri were in perverse language. This ridiculed the Hindu Deities and Hindu festivals.

Starting on 17th October, the first day of Navaratri, ‘Eros Now’ posted some photos from the upcoming movies produced by them.  To emphasize that every day a specific colour is important in Navaratri. ‘Eros Now’ posted photos of actors and actresses. The tag lines of the photos were obscene.

‘Eros Now’ stated in the apology, ” We love and respect all cultures. We had no intention to hurt the feelings of anybody. We removed all related posts and hereby tender an apology”.