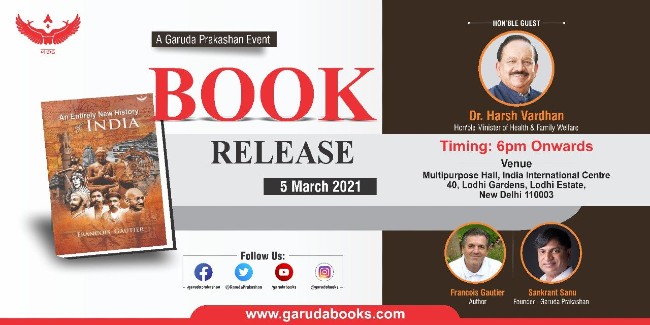 New Delhi – Twitter has arbitrarily suspended renowned journalist and Hindutva supporter Francois Gautier’s account. The action has incited a severe backlash amongst the Hindutva loyalists with the hashtag #ISupportGautier trending on Twitter on 9th March.

Just days after we launched Francois Gautier’s book “An Entirely New History of India” questioning colonial biases in history, his Twitter handle @fgautier26 has been deleted without any explanation.

Those who give lessons of #FreedomOfSpeech to the largest democracy to tolerate forces who oppose the government on one hand, curbs the voices of @fgautier26 on the other?

The book was unveiled by Union Health Minister Dr. Harsh Vardhan on 5th March. In his book, Gautier has slammed the British imperialism and Western countries for presenting a concocted history of India. Shri. Sankrant Sanu of Garuda Prakashan said that the book is the reason why Gautier’s Twitter account has been suspended. Earlier, Gautier has also brought the genocide of Kashmiri Hindus and Aurangzeb’s tyranny on to global platforms.