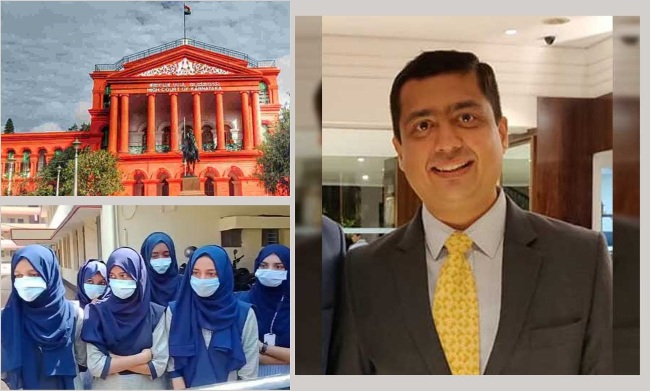 Bengaluru (Karnataka) –The Hijab Issue case is going on in the Karnataka High Court. Adv. Devadatt Kamat is fighting the case for Muslim girls. While arguing the case, Kamat asked, if the permission is granted to putting kumkum, tila, bindi, wearing a turban, Cross, then why ban the hijab ? The Netizens are trolling Kamat over these remarks. It is being said that Adv. Kamat being an office-bearer of Congress in particular; is representing the Muslims so diligently.

Adv. Kamat is the President of the coordinating committee of Congress in the context of law in Uttar Pradesh. He fights the cases on behalf of Congress. He was fighting the case when some Congress MLAs had joined BJP in 2018. When Congress was in power in Karnataka, he was also the additional Advocate-General.