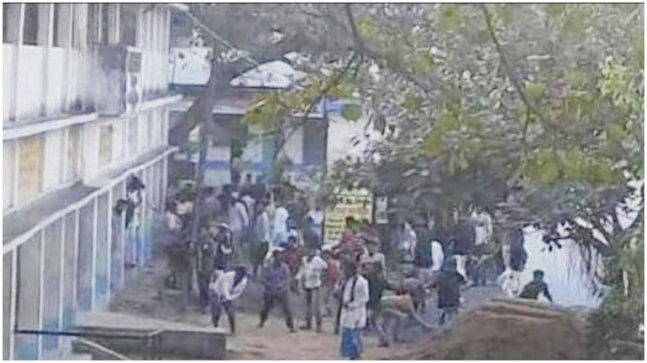 Murshidabad (Bengal) – Muslim students were stopped from wearing burqa and hijab by a teacher at a secondary school in ​​Murshidabad (Bengal). After the students informed their parents, a large crowd of religious fanatics gathered and vandalised the school. The situation was brought under control by the Police after relentless efforts. The Police had to use tear gas shells to control the situation. So far, 18 persons have been arrested in this case.

The Police held a meeting between the school management and the parents of the Muslim students to settle the violence. The dispute settled when it was clarified that no order was issued by the Bengal Government’s education department asking students not to wear hijab.