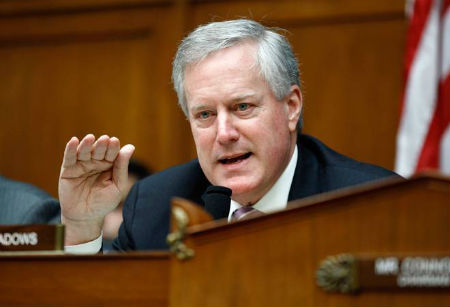 Washington (USA) – ‘Our armed forces stand firmly facing China and will continue to do so in the future also, whether the conflict is between India and China or anywhere else in the world’, said the US Chief of Staff at White House, Mark Meadows.  He said that the US would support India in the clash with China. Recently the US Navy deployed two aircraft carrier warships in the South China Sea to stress its presence in the region. He made the above statement given this backdrop.

White House Chief of Staff Mark Meadows said that US aircraft carriers are also ready to thwart threats in the South China Sea.https://t.co/ubjm4DzZJB

Mark Meadows said, “Our message is clear. We are not mere spectators. We will not allow control of any region or land to let China or any other country become powerful and effective”.