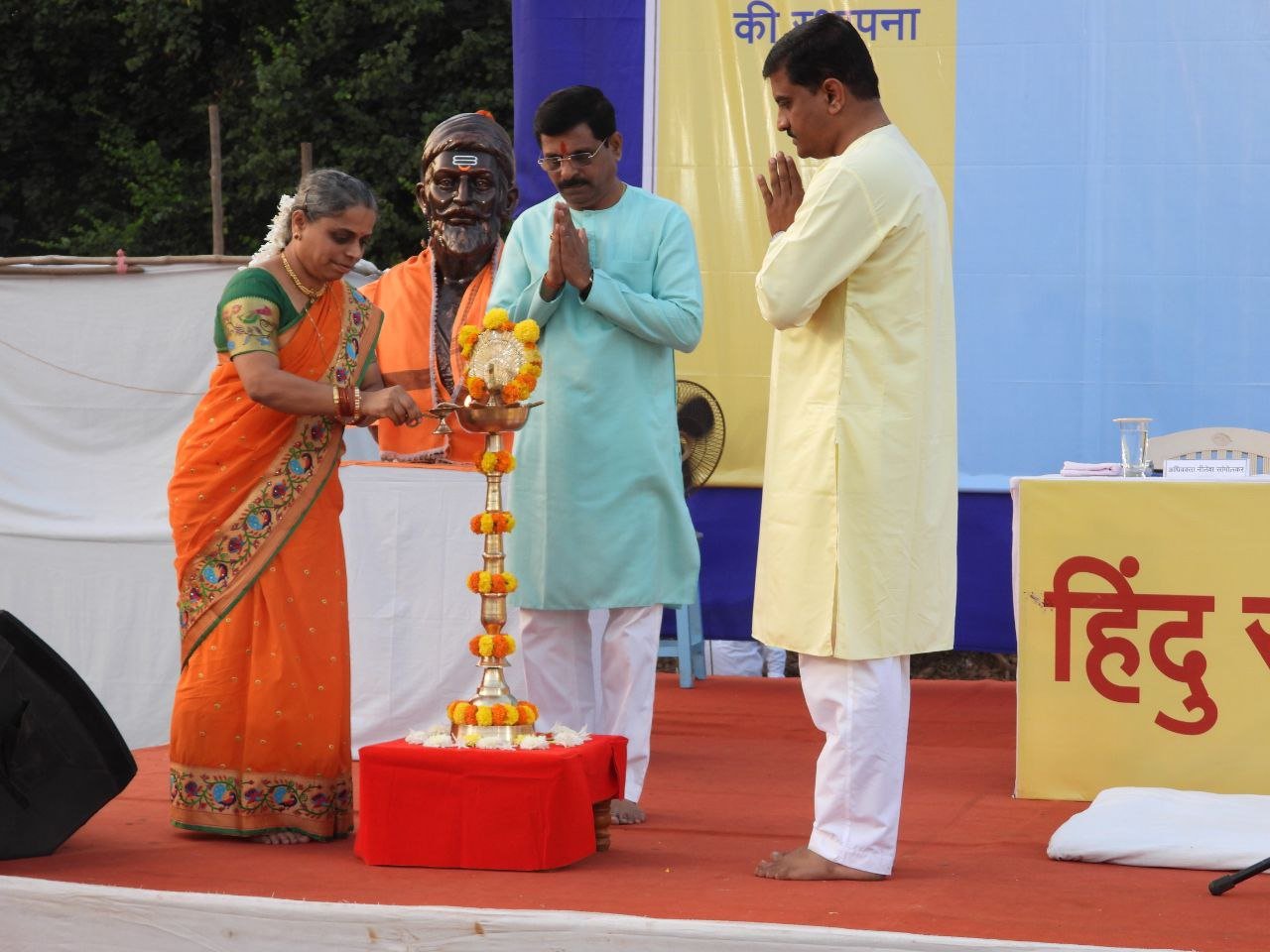 Chiplun (Maharashtra) – “Today, the Indian Army has 18 lakh acres of land, Indian Railways has 12 lakh acres and the Waqf Board is the 3rd largest land holder with 8 lakh acres. Lands in Ratnagiri and Chiplun are also in possession of Waqf Boards. We don’t know the exact area as yet. The Congress Government’s amendments to the ‘Waqf Board Act’ have given Waqf Boards formidable powers to declare any property of Hindus, Christians, Sikhs, Buddhists and other non-Muslims as property of Waqf Boards. Some days ago, the entire village of Tiruchenthurai in Tamil Nadu was declared Waqf property. The temple of Sri Chandrasekhar Swamy in this village has existed for over 2,000 years, long before Islam even existed.

A few days ago, a young man in Kudal saw some Muslims going towards a mountain. When he inquired, those Muslims said, ‘Allah has instructed us to go the mountain and perform religious rituals. If you interfere, you will incur sin’. The young man went to the place on the mountain and saw that some stones had been placed and covered with a green sheet. This was the first step in the land being ‘claimed’ by the Waqf Board. The wealth of Indians is being usurped using the Waqf Act. This is ‘Land Jihad’”, said Mr Manoj Khadaye (Spokesperson of Hindu Janajagruti Samiti for Western Maharashtra, Gujarat and Konkan) during the ‘Hindu Rashtra Jagruti Sabha’ held near the Sri Juna Kalabhairav Temple here on 26th December 2022. Mr Khadaye called upon the attendees to have a united front in requesting the Prime Minister to repeal the Waqf Act.

Mr Khadaye added, “The Gudhi Padwa of 2025 is going to be the Gudhi Padwa of the ‘Hindu Rashtra’. However, it will not be gifted to us on a golden platter. There is strife when the Eras change, similarly there will be a struggle to establish the ‘Hindu Rashtra’. Today’s Sabha is to understand what each of us should do to witness its establishment. The first flag of ‘Hindu Rashtra’ will be planted in Chiplun. Konkanbhoomi is becoming a hotbed of conversions. Efforts should be such that no Hindu thinks of converting. Just taking out marches against ‘Love Jihad’ will not suffice. We want to create a situation where the country should not see another case like that of Shraddha Walkar”.

There is strife when the Yugas (Eras) change, similarly there will be a struggle to establish the ‘Hindu Rashtra’ !