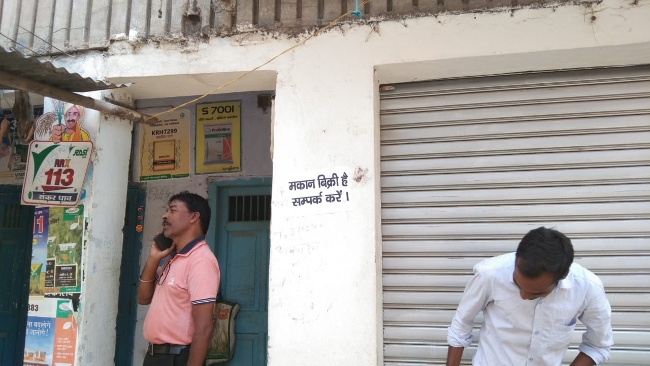 Giridih (Jharkhand) – On 12th June Hindus were attacked by Muslims on Hatia road in the Pachamba area.  After the incident of harassment, more than 150 Hindus have set up billboards to sell their houses and shops. They are saying that the Hindus have decided to flee as the police have started unilateral action against the Hindus after the attack.

1. The Hindus say that the Muslims molested Hindu girls and hurled stones at Hindu houses. If anyone tries to oppose them, only Hindus are charged. Due to this, the Hindus here suffer. The accused are acquitted and the innocent are imprisoned. A protest was held against this on 15th June, demanding prosecution of the stone-pelters.

2. Police have denied the allegations made by the Hindus. According to the Police, the accused were identified based on CCTV footage, and action was taken against them. (Jharkhand Police is giving a ridiculous explanation. Why will anyone think of leaving their own house ? Hindus feel that senior Police officers should take strict action against the unjust Police, whose unilateral action has forced Hindus to flee – Editor) Others accused in this incident will also be arrested.