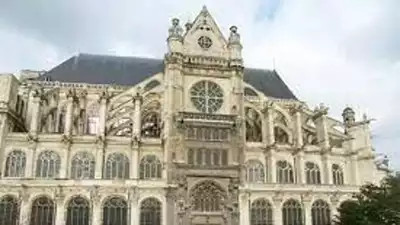 Paris (France) – In the Catholic Church of France, there were thousands of people who ill-treated and exploited small children from 1950. They included even pastors. The Chief of an independent Commission set up in this context; Jean-Marc Sauve disclosed the information to the media, before making the report public. The report consists of 2,500 pages. It has information on the number of offenders and the aggrieved people. It gives, in detail; the modus operandi of offenders from church, how the church machinery was used, etc. 45 proposals will also be presented in this report.

Since 1950 ‘some 3,000 paedophiles’ operated in French Catholic church https://t.co/eUFnxc0rgv

Sauve said that in the investigations carried out by the Commission, it has been found that 2,900 people and other members of the Church were actively involved. This number could be higher i.e. the number of exploiters must be more.

There had been a rise in incidents of sexual exploitation in the Catholic Church and Pope Francis declared this historical solution to prevent such increase. It was made mandatory for the Church staff to give whatever information they had about such sexual exploitation to their seniors. More such information has also been reported.

An independent Commission was set up in 2018 by the French Catholic Church with 22 legal experts, doctors, historians, sociologists, religious scholars, etc. The Commission was assigned the task of investigating sexual exploitation by pastors from 1950. The Commission recorded many witnesses. Many people gave information even over the phone regarding their own experiences.