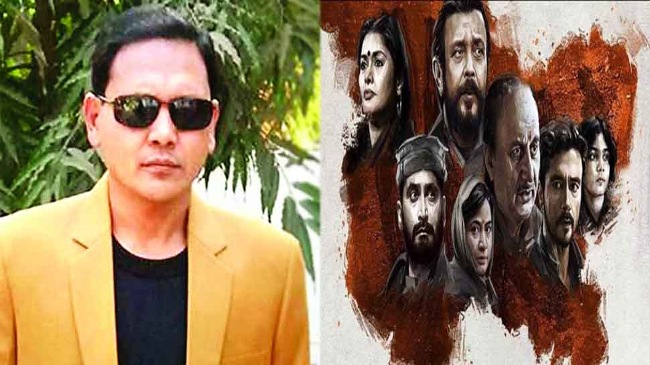 Bhopal (MP) – While the film ‘The Kashmir Files’ is based on the Kashmiri Hindu genocide is getting an overwhelming response all over the country, it is also being opposed by religious fanatics and anti-Hindus. Madhya Pradesh’s IAS (Indian Administrative Service) officer Niyaz Khan said without citing Vivek Agnihotri that the filmmaker should also make a film on the massacre of Muslims. They are humans, not insects. (Even the victimised Hindus in India are shouting at the top of their lungs after independence that ‘we too are human beings & not insects’ but realise that they have been consistently ignored – Editor.)

Kashmir File shows the pain of Brahmins. They should be allowed to live safely in Kashmir with all honour. The producer must also make a movie to show the killings of Large number of Muslims across several states. Muslims are not insects but human beings and citizens of country

Thinking to write a book to show the massacre of Muslims on different occasions so that a movie like Kashmir Files could be produced by some producer, so that, the pain and suffering of minorities could be brought before Indians

2. Niaz Khan is an officer in the Indian Administrative Service of the Madhya Pradesh cadre. He is currently working as a Deputy Secretary in the Public Works Department. Niyaz Khan has written 6 books so far. Niyaz Khan is currently researching to erase the violent image of his religion. He said, ‘Islam is still being tarnished by the image of some organisations’, he said.