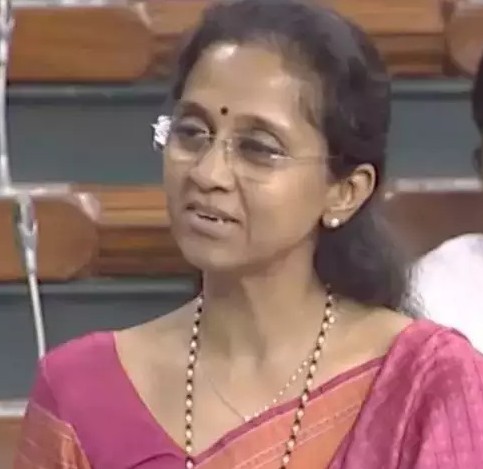 New Delhi – Nationalist Congress Party MP Supriya Sule said, “If you feel sorry for Kashmiri Pandits, then include them in document.” She further added, “That dialogue of what happened in the last 60 years has become boring now. You’ve had 7 years now. If a child is malnourished, a mother will feed a child in 7 years and make him/her healthy,” criticised MP Supriya Sule during the discussion on the budget for the Union Territory Jammu and Kashmir for the financial year 2022-23 in Lok Sabha. (The malnourished child has to be nourished, but action has to be taken against the people who caused the malnutrition. Supriya Sule is purposely avoiding the discussion on this. – Editor)

Supriya Sule further said that the Government had assured thousands of jobs to the Kashmiris, but nothing happened. The Government should tell what they are going to do for the Kashmiri Pandits and then talk about their future. The BJP ministers should visit the union territories to know the reality.