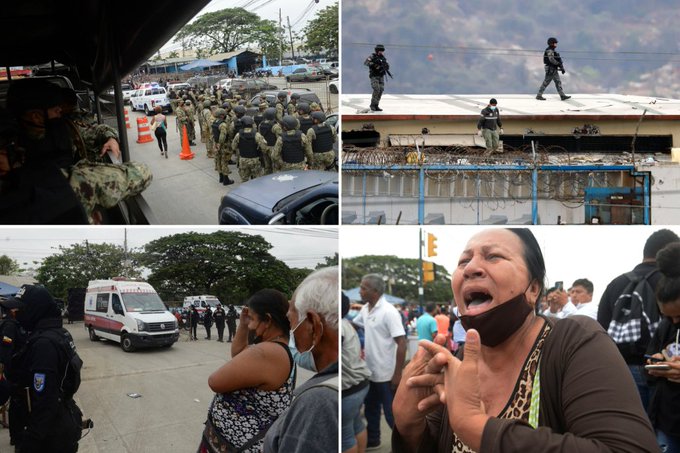 Quito (Ecuador) – On 13th November, 68 inmates died and 25 were injured in the clashes between two gangs of prisoners in the largest prison of Ecuador – Litoral Penitentiary.

The prisoners involved in the violence were arrested on the drug trafficking charges. Hours of sustained gunfire was heard by the nearby residents. The prison authorities informed that the prison system was beyond control for hours during the violence. Governor of Guaya province Pablo Arosemena said, the violence continued for 8 hours. The prisoners attempted to break a wall using dynamite and burned mattresses.