Inquiry begins after having registered the complaint with the Police 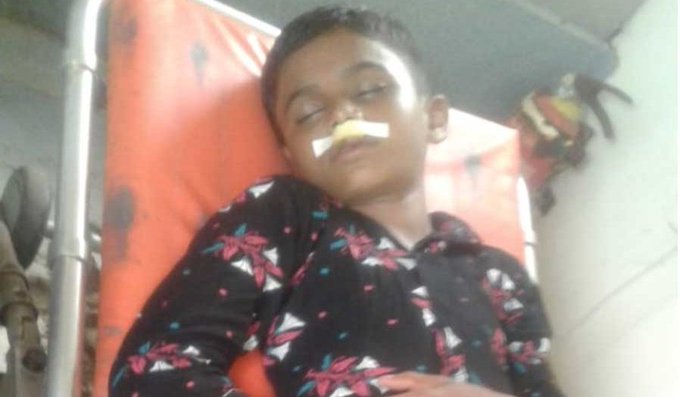 Raisen (Madhya Pradesh) – Pavan Sen, an 8th std. student from a Government school used to apply tilak on his forehead every day.Pavan was beaten brutally at the hands of outsiders by Nishat Begum, a teacher in the school, for wearing tilak. He had to be moved to a hospital in an unconscious state. Pavan’s parents registered a complaint with the Police and the Police are investigating the case. Nishat Begum has denied all the charges against her.

Nishaad Begum, a school teacher at a government school in #MadhyaPradesh, got a class 8 Hindu boy beaten up for wearing a Tilak in the classroom.

Why are so-called seculars silent ?

Pavan used to visit a temple on his way to school. The priest there used to put tilak on Pavan’s forehead. Although Nishat Begum had warned him not to put the tilak, he was going to school with a tilak on his forehead.