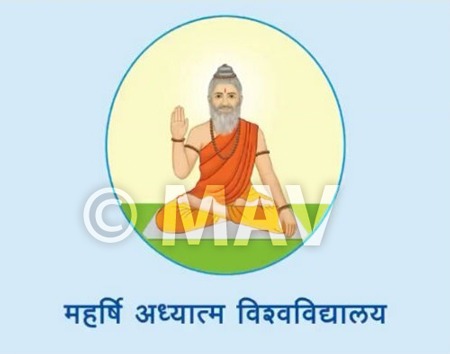 New Delhi – ‘Intensity of extreme weather events and natural disasters are on the rise. September Arctic sea ice is now declining. CO2 levels are at their highest ever. The Fifth Assessment Report of the IPCC stated that human influence is the dominant cause of global warming changes. Starting or increasing our own spiritual practice, thus creating spiritual positivity within and around us will result in Divine intervention for the protection of devotees in the turbulent times ahead’, said Mr. Sean Clarke of Maharshi Adhyatma Vishwavidyalay (MAV), presenting a research paper on ‘Limiting Climate change through Spirituality’ on 23rd May 2021 at the ‘SUSTAINABILITY-SPIRITUALITY-SIMPLICITY : The 3S International Conference (ISKON)’. The Conference was organised by ‘ISKON Research wing (Institute for Science and Spirituality’) in New Delhi. Paratpar Guru (Dr.) Jayant Athavale is the author of this research paper; Mr. Sean Clarke is the co-author.

MAV has already presented 74 research papers in 15 National and 59 International Scientific Conferences as of 8th June 2021. It has received ‘Best Paper’ Awards in 4 International Conferences.

Mr. Sean Clarke explained that when zeroing on the causes of any phenomenon, one needs to also include the spiritual dimension. As a thumb rule, whenever there are weird weather patterns not the norm, the root cause is generally spiritual in nature. When the collective spiritual vibrations on earth are less positive or more negative, it has cascading effects. Due to this spiritual low point, the traits of people change for the worse, there is an overall reduction in people practising Spirituality. There is an increase in people’s personality defects, ego and pride, and an utter disregard of the environment. In short, there is an increase in unrighteousness. Powerful negative energies in the spiritual dimension capitalise on this vulnerability in the environment and increase the negative vibrations besides affecting mankind.

Just as dirt and smoke make up pollution at the physical level, for which we do regular cleaning, increase in Raja-Tama components due to unrighteous practices is pollution at the subtle intangible level. Nature responds to the need for cleansing and correcting the subtle intangible pollution of Raja-Tama in the environment through the medium of natural disasters. This process has been well-documented in the ancient Indian scripture ‘Charaka Samhita’.

Mr. Sean Clarke then explained the landmark study undertaken by MAV of the subtle vibrations from close to 1,000 soil samples from 32 countries. This study has been done using modern scientific equipment as well as advanced sixth sense. 80% of the samples had distressing or negative subtle vibrations. Also, there were instances where MAV procured samples from the same place in 2018 and 2019. And what MAV observed was that the samples showed significant increases in negativity – anywhere between 100% to 500% increase in negative auras in just 1 year. In summary, the findings of the experiment indicated heightened negativity around the planet including some religious sites.

Finally, Mr. Clarke spoke on what can be done about climate change. Since the root cause is primarily spiritual in nature, the solutions for adaptation and protection should also be primarily spiritual in nature. If the whole world were to practice Spirituality as per Universal principles, it would help mitigate the devastating effect of the impending destruction due to climate change and a World War.

The practical reality in this situation is that we can only help ourselves. This is best done by starting or increasing our own spiritual practice. An easy yet effective form of spiritual practice is chanting God’s Name. Saints have guided on chanting ‘Om Namo Bhagawate Vasudevaya’ since it is the most spiritually beneficial chant for the current period. By doing so, we will create spiritual positivity within us and around us. Sages have said that earnest efforts to increase spiritual growth will result in Divine intervention for the protection of devotees in the adverse times ahead.