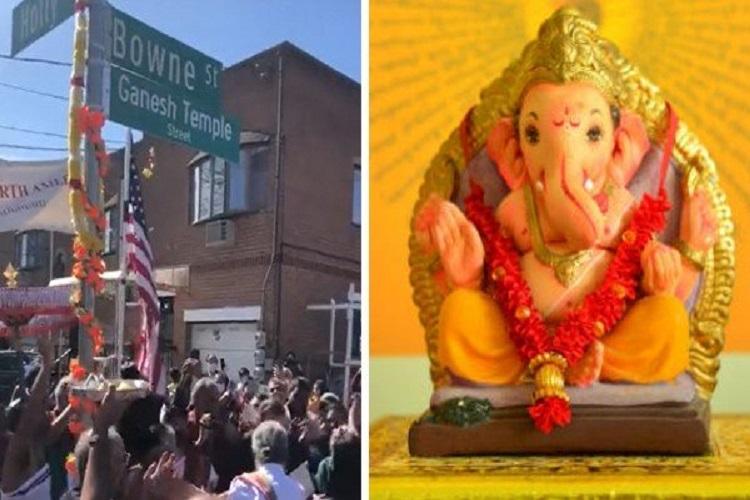 New York (USA) – The road outside the famous Ganesh Temple here has been named ‘Ganesh Temple Street’ and is considered a matter of pride for the Hindu community. This was achieved through the contribution of the Hindu Temple Society in North America.

Inaugurated in 1977, The Hindu Temple Society of North America Shri Maha Vallabh Ganpati Devasthanam, that is, Ganesh Temple is said to be the first and oldest temple in North America. This temple is located in Flushing, Queens County in New York. The street outside the temple is also known as Bowne Street. John Bowne was known for fighting for religious freedom and anti-slavery. Now the street is co-named Ganesh Temple Street along with Bowne Street. A special event was attended by Randhir Jaiswal, Consul General of India in New York, Eric Adams, Mayor of New York City, Dilip Chauhan, a member of the New York Department of Trade and Investment, and members of the Indian-American community.