New Delhi – The number of undertrials in the country’s jails has increased due to their trials have not yet commenced. This information was published in the yearly report of the National Crime Records Bureau concerning jails. As per the report, the undertrials in jails in 2015 was 4,13,000 which has increased by 17.1 %, that is, 4,38,000 in 2020.

Highest number of inmates in UP 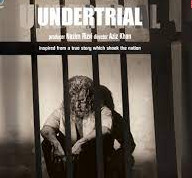