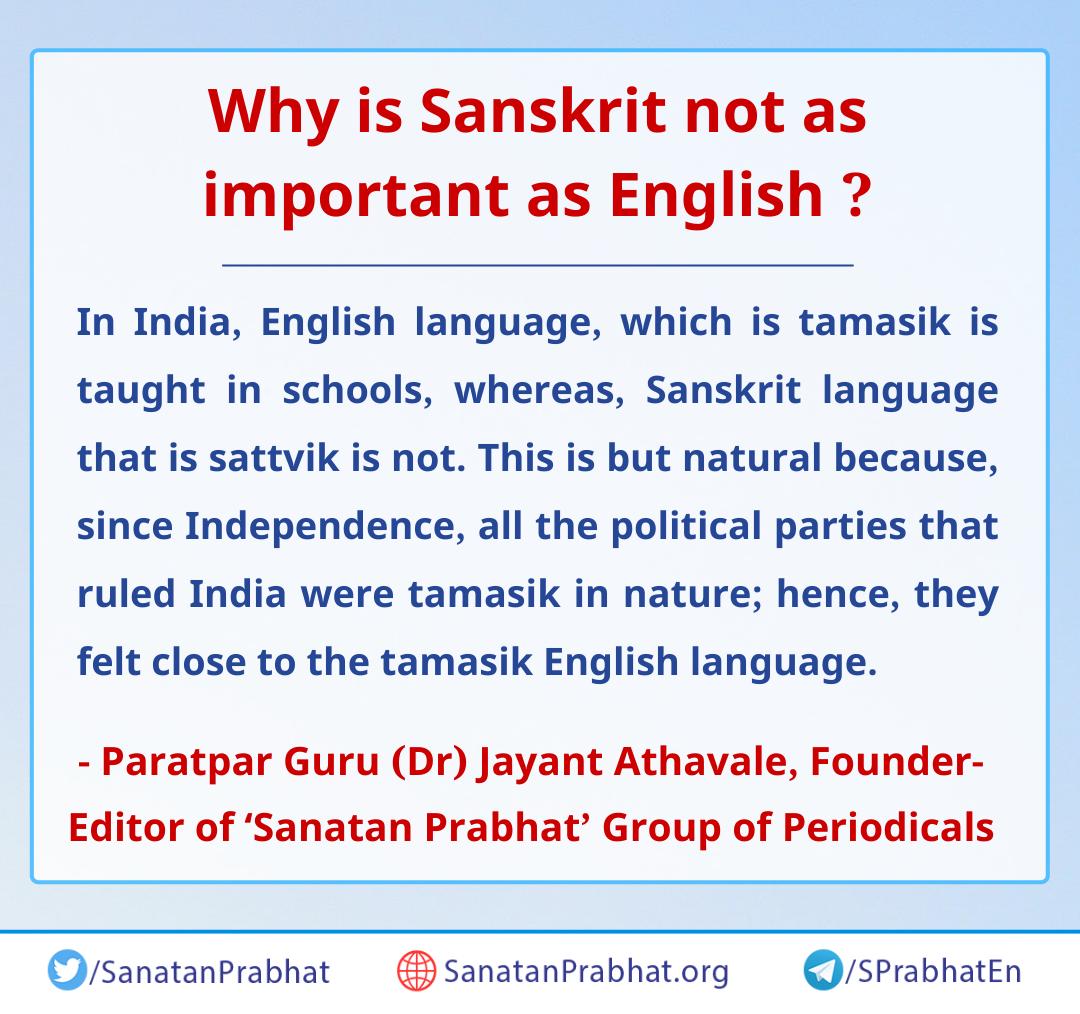 English language, which is tamasik, is taught in schools In India; whereas, Sanskrut that is sattvik is not. This is but natural, because since Independence, all the political parties that ruled India were tamasik in nature; hence, they felt close to the tamasik English language.
– Paratpar Guru (Dr) Jayant Athavale, Founder-Editor of ‘Sanatan Prabhat’ Group of Periodicals