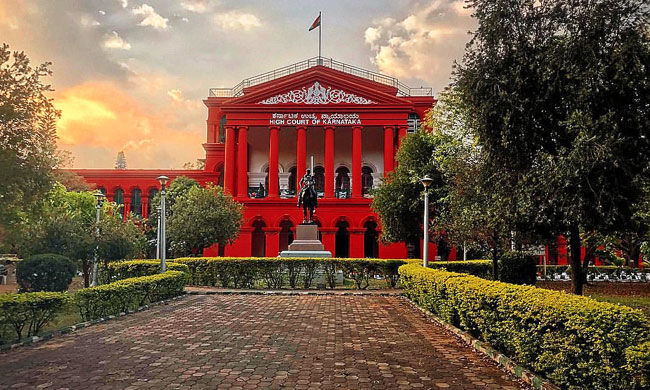 Bengaluru (Karnataka) – A minor can become sanyasi. No legal action can be taken on him, declared the Division Bench of Karnataka High Court. Chief Justice Satish Chandra Sharma and Justice Sachin Shankar Magadum delivered the judgment. A writ petition was filed questioning the legality of appointing 16-year-old Aniruddha Saralathaya (now named Vedavardhan Tirth). The Court dismissed the writ petition while giving the above verdict.

Karnataka High Court on Wednesday dismissed a public interest litigation questioning the legality of appointing a minor as seer of Shiroor Mutt in Udupi. @santwana99@KannadaPrabhahttps://t.co/lSbCXwVn2t

In other religions like Buddhism, children of tender age have become monks. There is no rule as to which age sanyas can be taken. Also, there is no rule that an individual under 18 years can be stopped while he is being initiated into sanyas.

As per the information in the Scriptures, religion permits any individual below 18 years to take sanyas. This tradition has continued for 800 years. It was stated in the petition that forcing minors to give up worldly life is a violation of Article 21 of the Constitution. Article 21 gives the right to individual freedom.

The Court had appointed senior Advocate SS Naganand as a friend of justice.