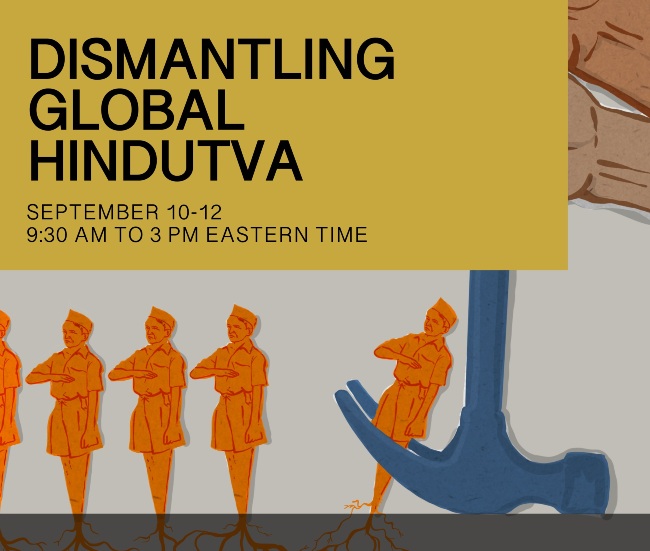 Mumbai – An international online conference has been organised between 10-12 September 2021. Participating speakers in the ‘Dismantling Global Hindutva’ conference exhibiting their massive Hindu-hatred issued some of the untrue and baseless anti-Hindu statements, such as – ‘Indian Prime Minister Narendra Modi should think of development by going beyond ‘Hindutva’. The priests, who work inside the sanctum of temples, are powerful landowners; pro-Hindu activists want to revive the ‘brahmin’ influence for establishing Hindu Rashtra which is quite dangerous’. On the first day, in the 3 sessions, different speakers expressed their views filled with Hindu-hatred on the topics viz. ‘What is global Hindutva?’, ‘Political economy of Hindutva’, and ‘Castes and Hindutva’. These so-called thinkers have been invited by the organisers of this conference to destro Hindutva at the global level. As per the information given on the website of the ‘Dismantling of Global Hindutva’ conference, the supporters of ‘Hindutva’ adopt stringent (dominating) policies against the backward (Dalit) community, tribals, non-Hindus, Muslims, and women. Those who believe in ‘Hindutva’ are committed to the establishment of Hindu Rashtra and they are trying to amend the Constitution for separating it from secularism and democracy; therefore, to oppose them, the so-called thinkers have been brought together to present their side on political, financial, castes, sexual discrimination, science, and health, etc, issues.

Ridiculous and baseless anti-Hindu statements made by a few speakers !

The speakers participating in the first session on ‘What is global Hindutva?’

The participating speakers of the second session on ‘Hindutva-political economy’!

Participating speakers of the third session on ‘Castes and Hindutva’!

A detailed refutation of the statements made during the ‘Dismantling Global Hindutva’ conference will be published soon.