Under the guidance of Paratpar Guru (Dr.) Athavale (Founder of Maharshi Adhyatma Vishwavidyalay), study is being conducted on 64 Art-forms including singing, playing musical instruments, dancing and drama (acting), through the use of modern equipment. The objective is to study the spiritual aspects in different Art forms and to understand the sattvik (Spiritually pure) component of Indian art using advanced instruments. Under this, comparative study is also being conducted between Indian and Western forms of singing, playing musical instruments, dancing and drama (acting). Over 600 experiments have already been conducted to study the effect of Indian music on human beings, animals and the environment and experiments are continuing.

For these experiments, UAS (Universal Aura Scanner) – an advanced instrument is being used. UAS is used for measuring the positive and negative levels of auras on the objects in the experiments. All the experiments are conducted on Indian and foreigner seekers, together as well as separately. It was specifically noted that the effects of Indian and Western music were the same on Indian seekers as well as the foreigner seekers.

Such novel spiritual research is the speciality of  Maharshi Adhyatma Vishwavidyalay. The list of experiments conducted in singing, playing musical instruments, dancing and drama (acting) is given here. If you are interested in participating and contributing to this research, please send your information to – [email protected] 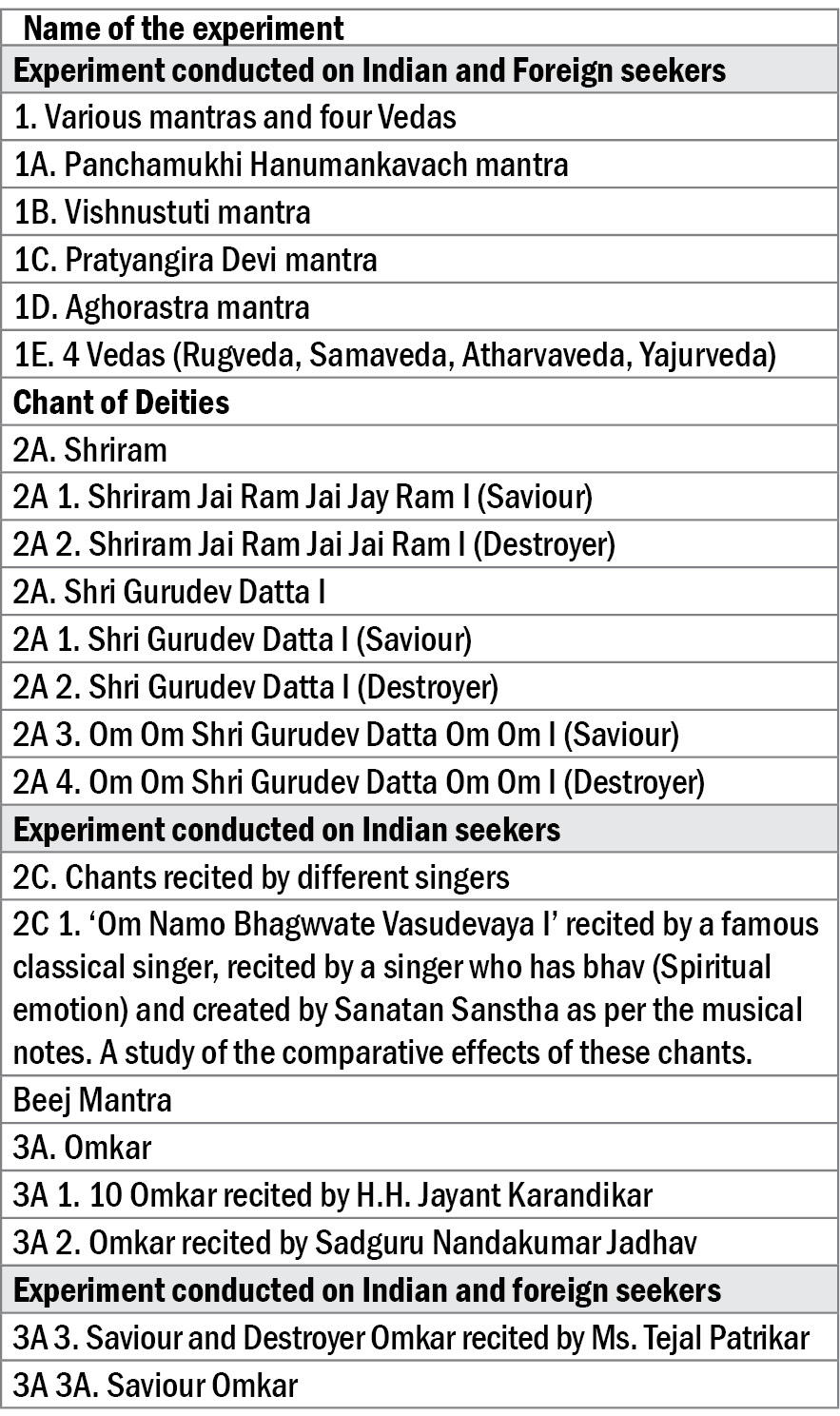 The objective is to study the spiritual aspects in different Art forms & understand the sattvik component of Indian art !