Congress is planning to celebrate 15 January as ‘Farmers Rights Day’!

If the Congress had strived for farmers’ rights when they were in power for nearly 55 years, then the plight of farmers would not have been so miserable! 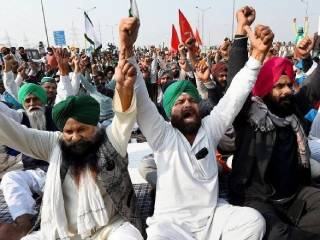 New Delhi – A plea filed in the Supreme Court has claimed that the ongoing protest by farmers against the new farm laws is causing a daily loss of 3500 crore Rupees to the exchequer. Rishabh Sharma has filed the plea demanding that the farmers should be moved away from the borders of Delhi, where they have been protesting for close to one and a half months.