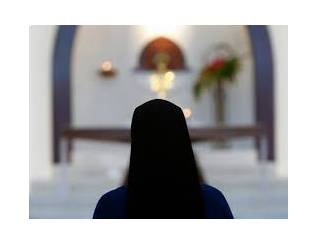 Berlin (Germany) – An article published in the Daily Mail stated that the Catholic nuns running a children’s home in Germany used to forcibly send orphans to be sexually abused by priests, politicians and businessmen. The scandal came to light after a 63-year-old victim revealed this in a Court. The victim lived in a children’s home in the 1960s and 70s and his identity is being kept hidden.

A Court has ordered that the victim be compensated. The victim told that the compensation amount cannot bring back his life which was ruined by the nuns in the children’s home. He then detailed the scandal that took place in the said children’s home. According to the investigation, 1,670 priests raped 3,677 children between 1946 & 2014. The abuse victim was just 5 when he joined the home run by the Order of the Sisters of the Divine Saviour in the German city of Speyer in March 1963.

The victim filed a lawsuit against the children’s home. He was raped more than 1,000 times between 1960-1970. Others boys were also forced by the nuns to have sex with priests and politicians.

They were beaten brutally if they resisted. The victim underwent sexual abuse since he was 5-years old.

The orphanage room was used by priests, politicians to abuse children at will !

The victim told the Court that while the children were sent out to be sexually abused, the abuse happened in the children’s home as well. There was a room where the nuns served drinks and food to the men. It was here that the nuns would pass youngsters aged between 7 and 14 to priests, local politicians and businessmen. Nobody was there to hear out the tragic tale of those children.

The nuns in Children’s Home helped in sex abuse !

The victim said that nuns in the children’s home helped in sex abuse. If the children disobeyed, they would be beaten with sticks or have their heads smashed against the wall. Nuns were being paid for this.

The nuns would also abuse children

Nuns in the children’s home would also sexually abuse the children. The orphanage was shut in 2000 following the controversy; however, reports of sexual abuse continued to surface even thereafter.