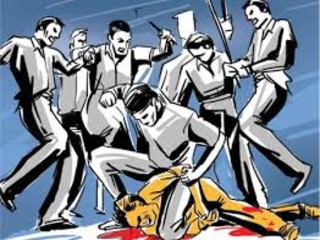 When the Quran is insulted, will the fanatics who kill their own brethren, ever spare people of other religions ?

Rangpur (Bangladesh) – Shahidunnabi Jwel, a 50-year-old religious fanatic was killed by his brethren for insulting the Quran; and they set him on fire in the streets of Lal Burimari Central Council in Lalmonirhat District. Jwel’s mental state was not good. He had gone with his friend Sultan Zubair Abbas to pray at the Burmiri Jam-e-Masjid. At the time, Jamaat-ul-Mujahideen militants were hiding in a mosque. People say that Jwel and Abbas were arrested for insulting the Quran in the mosque and then Jwel was killed. Bangladeshi writer Taslima Nasreen wrote on Facebook that Jwel was killed for accidentally stepping on the Quran.