Bangladesh : A Hindu accused of a false charge of supporting the caricature of Prophet

To protect Hindus in the entire world including Bangladesh, there is no alternative to the ‘Hindu Rashtra’ (Satyayug within the Kaliyug). Comilla (Bangladesh) – More than 10 Hindu households were vandalised and torched in Comilla after a man reportedly showed support for France defending cartoons depicting the Prophet Mohammed on Facebook.

The incident took place at the Korbanpur village in Comilla on 1st November, creating panic among the community. The office of the local Union Parishad Chairman Bankumar Shiv and the house of accused, Shankar Debnath, were set on fire. The fire service had to be called to douse the fire. Meanwhile, pictures and videos of the attack went viral on social media within moments. Bangra police station immediately rushed to the spot to bring the situation under control. According to locals, Shankar Debnath, a local of the village, on 31st October, reportedly commented on a Facebook post related to France defending cartoons depicting the Prophet Mohammed and showed his support.

#justiceforpalghar
Comilla district of Bangladesh, local jihadis have been demolishing and burning the houses of Hindus since yesterday, and there have been allegations of defamation. So far four houses have been set on fire,the Hindus there are now in a state of panic.@RSSorg pic.twitter.com/grXng0eSTa

A case was filed over the incident. The police arrested Shankar Debnath and Anik Bhowmik, another accused in the case, for allegedly hurting religious sentiments and sent them to jail.

To protect Hindus in the entire world (including Bangladesh), there is no alternative but to establish the ‘Hindu Rashtra’ ! 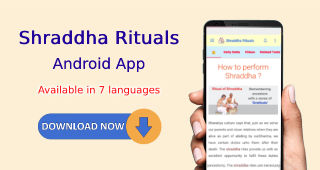