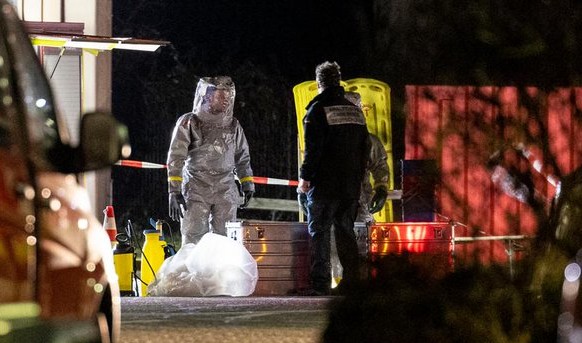 Berlin (Germany) – Two Iranian Jihadi nationals were arrested in North Rhine-Westphalia. They were accused of planning attacks using lethal toxins. They were both inspired by Islamic fundamentalism. In Germany, they are known as ‘MJ’ and ‘JJ’. Their house was seized with poisonous substances like cyanide and ricin. Ricin is made from castor seeds. If ricin enters a person’s body, they can die within minutes. It is 6 thousand times more poisonous than cyanide. In Germany, such assault charges are punishable by up to 3 to 15 years.

1. Germany’s security forces received information about a possible chemical terror attack from the FBI of the USA. Upon receiving this information, the security forces of Germany reached the house of the accused. The surrounding area was cordoned off at this time. Before arresting the duo, security forces wore protective gear to ward off the effects of biological and chemical attacks.

2. A Tunisian couple was arrested in Germany in 2018 on charges of plotting a chemical attack. They were both supporters of the Islamic State. 84 mg of ricin was seized from them. To make a poison bomb, the duo ordered various types of hazardous chemicals from the internet. Out of this couple, the husband has been sentenced to 10 years and the wife to 8 years.