Six people arrested and released, including the Pastor of the church 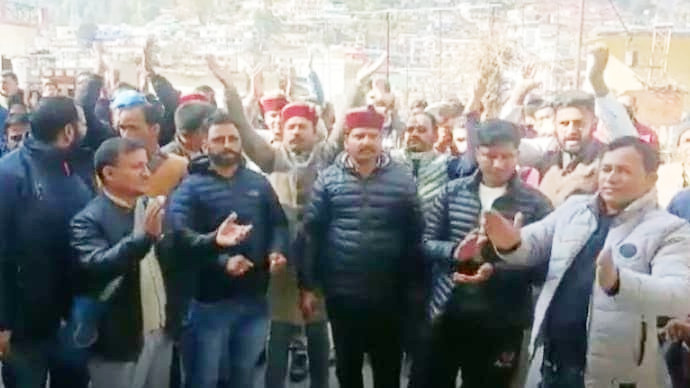 Uttarkashi (Uttarakhand) – In an incident that took place in the afternoon of 24th December in Purola village, 30 local youths attacked the ‘Hope and Light’ Centre on the grounds that the latter was converting Hindus to Christianity during the Christmas program. Police have arrested 6 people in this case, including Pastor Lazarus Cornelius and his wife.

The attackers reportedly belong to various Hindu organisations. After discussing with both parties, the Police released all the accused. Locals said that there had been similar attacks in the village before. (This clearly means that the incidents of conversion of Hindus have been happening here since long ago ! If the Police and administration are still being negligent, the BJP Government in the State should pay attention to this ! – Editor)