Sin committed by the Congress Government before the 2014 Lok Sabha elections. 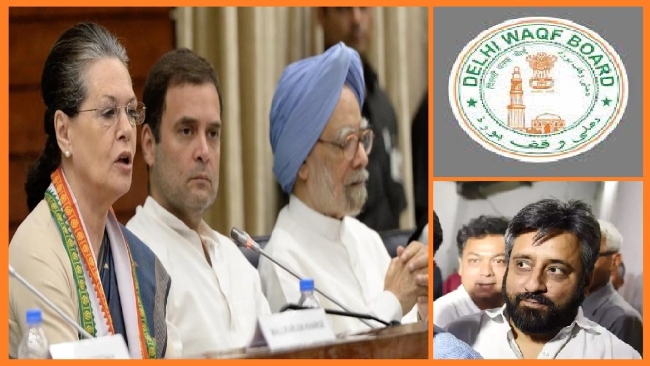 New Delhi – Ahead of the 2014 Lok Sabha elections, the Congress-led-UPA Government gifted 123 prime properties in the capital to the Delhi Waqf Board. As reported by Times Now, the cabinet took this decision a few days before the 2014 general elections. After the decision, a secret note, signed by Additional Secretary JP Prakash was sent. The note said, “Denotification of 123 properties in Delhi under the control of Land & Development Office (LNDO) & Delhi Development Authority (DDA) have been allowed to be handed over to Delhi Waqf Board”.

#WaqfLandSecretNote#EXCLUSIVE | Days before the 2014 elections, the UPA govt ‘gifts’ 123 prime properties in Delhi to Waqf.

“Please refer to the telephonic request”, @RShivshankar takes us through the details of the ‘secret note’. pic.twitter.com/TfcDOShyPJ