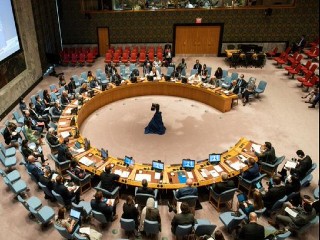 New York (US) – In the United Nations Security Council, India and the US proposed to designate Abdul Rauf Azhar, the younger brother of the head of the Pakistani terrorist organisation Masood Azhar, as an international terrorist. Had the 15 members of the Sanctions Committee’ approved this proposal, it would have been passed; however, China blocked it. Abdul Rauf Azhar is one of the accused in the Kandahar plane hijacking.

China blocks India-US bid to sanction JeM leader at UNSC; What does it Stand to Gain from this? @gauravcsawant breaks down China’s calculated and sinister strategy against India, in this episode of India Intercept.#Vertical #NewsMO #China pic.twitter.com/mOXdxAi6OP

1. The Chinese spokesperson said that it needs some more time to think and study this proposal. The committee has provisions for blocking such listing proposals and thus several such proposals are still on hold.

2. A US spokesperson said this is the second time this year that China has put a hold on the listing of a Pakistan-based terrorist as an international terrorist. Earlier this year, China had put the UN listing of Lashkar-e-Toiba’s second in command Abdul Rehman Makki on hold.