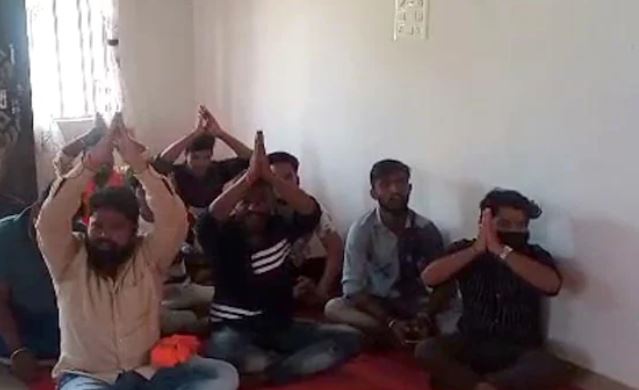 Hubbali (Karnataka) – On 17th October members of Bajrang Dal and Vishva Hindu Parishad (VHP) stopped the conversion of Hindus in Bairidevarkoppa Church here and sang devotional songs there. These members of organisations have made a demand of arresting Pastor Somu who was trying to convert a Hindu family.

Karnataka: Pastor Somu allegedly tries to convert Vishvanath, he files complaint instead, what happened next will blow your mindhttps://t.co/Q4MiD6BmDL

Raghu Sakleshpora, the State Convenor of the Bajrang Dal, said that a man called Vishwanath was taken there for conversion by alluring him. From there, he went straight to the Police station and filed a complaint against Pastor Somu and others. After having learnt about this, their members assembled inside the church and to protest, started singing bhajans.

This is after pastor #SomuAvaradhi forcefully tried to convert a man called #Vishvanath who complained & brought matter to light#conversion #NoConversion pic.twitter.com/lTcTF5ZbLp