After the pursuit of Hindu Janajagruti Samiti, the Police searched for the girl

Bengaluru (Karnataka) – In an outrageous incident that occurred in the city, a minor Hindu girl was abducted by a religious fanatic. The Police initially avoided searching for the girl; however, after the Hindu Janajagruti Samiti followed up, they immediately searched for the girl. The girl’s family has demanded strict punishment for the accused in the case.

1. A 15-year-old girl studying in 10th standard lives with her mother and aunt in Bengaluru. On 5th August, her mother scolded her as she did not study. The girl then left the house. As the girl did not return home till evening, she was searched everywhere. The next day, the girl’s family lodged a complaint with the Byadarahalli Police Station and expressed suspicion of a religious fanatic.

2. The Police obtained the mobile number of the religious fanatic and interrogated his acquaintances. He was earlier working at a place in Bengaluru. He then went to another city and from there the Police found out that he had gone to some other city again.

3. A few days later, the girl’s family went back to the Police Station and requested the Police to find the fanatic man after they learnt that his number was still in use. They also talked about suspicion on another religious fanatic; however, they did not receive any response from the Police.

The Police traced the girl and handed her over to her family only after Hindu Janajagruti Samiti took the matter to the Chief Minister and senior Police officers ! 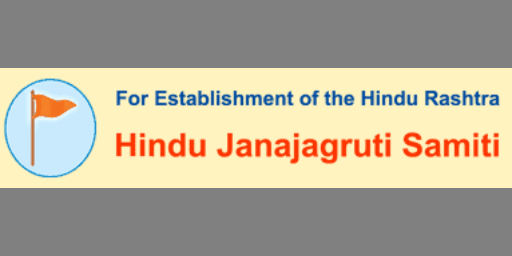 Finally, the girl’s family sought help from Hindu Janajagruti Samiti. On 9th August, the Karnataka State Spokesperson of the Samiti Shri. Mohan Gowda tweeted from his Twitter account, tagging the Karnataka Chief Minister and senior Police officials, urging them to deliver justice to the victims. The city Police then immediately became active. The girl’s family told the Police that she was in a certain city.

This city is 1,000 kilometres away from the girl’s city. The expense of the vehicle was not affordable to the girl’s family. Therefore, Hindu Janajagruti Samiti appealed to senior Police officers. Following this, the officers themselves started the operation and also formed two Police teams and searched for the girl in two cities in the State. The girl was finally found at 1 a.m. on 11th August and was taken to the Byadarahalli Police Station in Bengaluru. She was handed over to her parents. Police are conducting further investigation and reportedly, the concerned religious fanatic has been arrested. The family thanked Hindu Janajagruti Samiti for taking the initiative to find the girl.