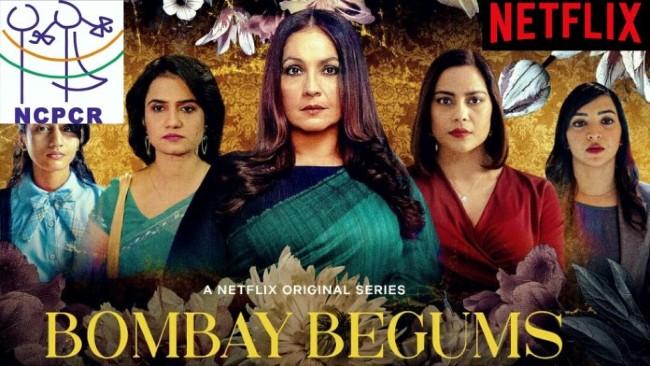 Mumbai – Obscenity and violence has been continued unhesitatingly in the web series, ‘Bombay Begums’ by Netflix OTT Platform. In this web series, vulgarity is awakened through child sexuality. Scenes like, school children watching pornographic photos, small children consuming drugs, etc. are screened. National Commission for the Protection of Child Rights (NCPCR) has raised objection in this regard and has given a directive to the Government to register a crime against the producer, but the Government has rejected it.

NCPCR pulls up Maharashtra govt for not filing FIR against Netflix series Bombay Begums makers, children were shown snorting drugs in the showhttps://t.co/ANmAsdKlKR

NCPCR has sent a notice to Alankruta Shrivastav, producer of ‘Bombay Begums’ and Netflix. In the notice, NCPCR has asked for an explanation within 24-hours concerning depiction of the abovementioned vulgar scenes. Unfortunately, this too has been ignored. NCPCR has sent personal letters to the Home Minister of Maharashtra and Mumbai Police. NCPCR has said, “Showng children watching pornographic photos, consuming drugs, is violation of law with regard to child welfare and safety”.

NCPCR has brought to the notice of the administration and Police that various strata of society have lodged complaints against this kind of screening. NCPCR states that bad impressions are created on the mind’s of children, hence the screening of this webseries should be stopped immediately and an offence be registered against its producer and Netflix, but the Government has not taken any action on it as yet.