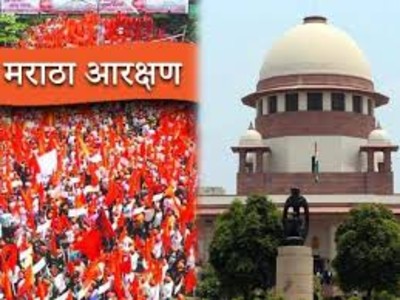 New Delhi: On March 8, a five-judge bench of the Supreme Court bench hearing petitions against the Maratha reservations decided to hear views of all the States and not Maharashtra alone after Maha Senior Counsel contended that the case impacts all States. Accepting the demand The Court issued formal notice to all States and posted the case for hearing on March 15, 2021. The Supreme Court hearing took place through a virtual court meet.

The #SupremeCourt sought responses on whether legislatures were competent to declare a particular caste to be socially and educationally backward for grant of quotahttps://t.co/cNQCNVN10t