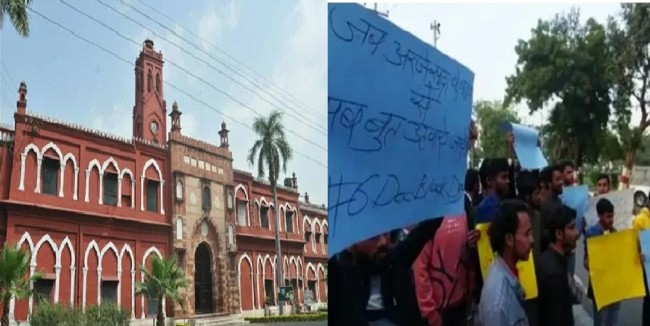 Aligarh (Uttar Pradesh) – Muslim students of Aligarh University observed the 6th of December 2022 as a ‘black day’  as Babri Masjid was demolished earlier on this day. They have threatened to remove all Idols from the university premises, claiming it to be ‘Allah’s land. They also raised slogans that Babri Masjid was there earlier, is there now, and will always be there.

This university’s student leader Mohammad Farid led the demonstrations staged by the Muslim students, who joined in large numbers, on the 6th of December 2022 carrying banners with the message that ‘Babri masjid will never be destroyed, and it will always remain. All Idols will be removed from this land belonging to Allah and only Allah’s name will remain.’

Police should investigate the matter ! – BJP

BJP’s district vice president Gaurav Sharma said that despite Supreme Court’s ban on observing 6th December as a ‘black day’, it was observed in Aligarh University. Police should investigate this matter.