The Taliban carry out the first public execution 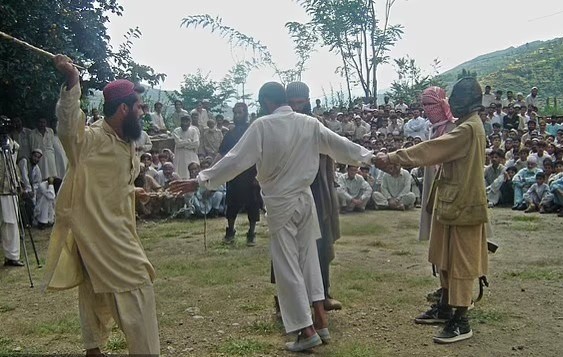 Farah (Afghanistan) – An Individual convicted of murder was executed publicly. The person was shot thrice and killed in front of thousands of people in the ‘Sports Stadium’. The person who shot the murderer was the father of the person who was killed by the convict.  Afghan Taliban carried out the first public execution since the takeover of the country. At this time Judges of the Supreme court, officers of the Armed forces, and many senior Ministers were present. The Taliban spokesman Zabihullah Mujahid gave this information.

An Afghan man convicted of murder was executed in public, the Taliban said, the first confirmation of such a punishment since the hardline Islamists returned to power.https://t.co/vgymDLTm2q

The executed man was Tajmir, he was a resident of Anjil district in Herat province. It is said that Tajmir had murdered a man 5 years ago, and stolen his motorcycle and mobile phone. He was arrested by the Taliban after the family members of the dead man complained against the convicted man.