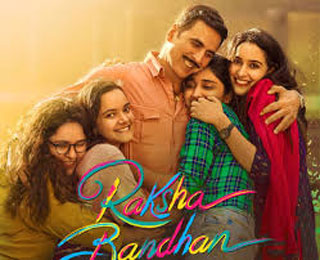 New Delhi – Actor Akshay Kumar’s film ‘Rakshabandhan’ will be releasing soon. The writer of the film, Kanika Dhillon, has taken up a campaign to delete her earlier anti-Hindu tweets so that Hindus do not oppose this film. On 1st August 2022, she deleted 17 tweets in half-an-hour. In a tweet, she had called India ‘Lynchistan’. In some old tweets, she has supported the opposition to the Modi Government and insulted Hindutva.

Kanika Dhillon had called India ‘Lynchistan’ in the case of cow-smuggler Akbar Khan’s murder. She had written, “Hindustan-Lynchistan will not tolerate cow’s insult”. Even when stones were hurled at a Hindu procession in Khargone in Madhya Pradesh, Kanika Dhillon had lashed out at Hindus.