Accused Riaz Ansari has been working for Islamic State’s Alsufa group for the last 5 years ! 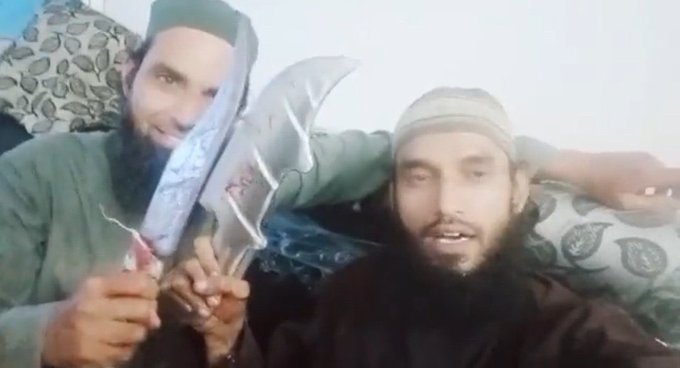 New Delhi – Kanhaiyalal was beheaded in Udaipur, Rajasthan, in the same operating manner as done by the jihadi terrorist organisation Islamic State. One of the accused, Riyaz Ansari, has been linked to the Islamic State’s sleeper cell group Alsufa, a group that supports terrorists locally. Earlier, another accused, Mohammad Gaus, was linked to the jihadi group Dawat-e-Islami in Pakistan. Gaus visited Pakistan in 2015 and received training on jihadi terrorism from the organisation. Police have raided several places to identify and arrest people associated with Dawat-e-Islami.

1. A senior official of the National Investigation Agency (NIA) said Riyaz had been working for Alsufa in Udaipur and surrounding Districts for five years. Earlier, he operated under the jihadi terrorist Mujib. He had been leading Alsufa in the area for two and a half months. Mujib is currently in jail. Mujib, a native of Tonk, had been working as a tourist guide in Udaipur for a long time. He had set up the Alsufa network in that area. Riyaz was the most special to him.

2. Riyaz was also on the NIA’s radar after Mujib’s arrest. Mujib’s interrogation has revealed evidence of him and Riyaz meeting frequently and talking on the phone for a long time. Riyaz killed Kanhaiyalal just while the NIA was preparing to nab him.

3. Police had seized 12 kg of explosives from three jihadi militants, including Mujib, on 30th March in Nimbahera, Chittorgarh. He was planning to carry out serial blasts in Jaipur and other places. The explosives were sent by Alsufa from Ratlam. An inspection of the mobile phones of the two arrested terrorists revealed the contact numbers from several countries, including Pakistan.

4. Kanhaiyalal’s brutal murder and a video of the act were ordered by a Pakistani militant leader to create more terror. After the murder, the two were going to make another video in Ajmer Dargah. They themselves molded a machete which they used to behead Kanhaiyalal. They attacked Kanhaiyalal more than 25 times. Of these, 7-8 strikes were inflicted on Kanhaiyalal’s neck and his hand was also broken.

5. Riyaz is from Bhilwara, and Gaus is from Rajsamand. Riyaz left home 20 years ago and moved to Udaipur. The two were living in Udaipur on rent. Riyaz was previously working in a finance company. Gaus does the welding work. When the two met, they started brainwashing the youth in the name of religion. They were recruiting youths in Alsufa. They both went to Dawat-e-Islami in Pakistan for training. Both were receiving money from Arab countries.

Alsufa has formed 10 years ago !

Alsufa Group was formed in the year 2012 at Ratlam. The NIA arrested Asjad, chief of this group, in 2015. The group broke up in 2017 after eight members of the group were arrested in the murder case in Ratlam. This year it became active again.