Another incident of love jihad ! 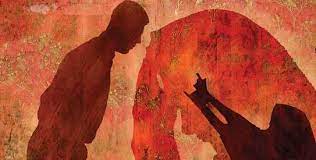 Lucknow (UP) – A Hindu girl from Fatehpur, Uttar Pradesh was abducted by religious fanatics and was taken to a mosque in a nearby town, Banda. Here, the girl was forcefully converted by maulavi and was later married off to the fanatic involved. The victim’s father filed a complaint at the Police station in this matter, after which, the girl was freed by the Police and also the perpetrator Sabir Mirja was arrested.

The victim girl had left the house on 31st March 2022 to take an exam. On not returning home, the girl’s father filed a complaint on the basis of ‘luring and abducting’ at Ghazipur Police station. The maulavi is also being questioned by the Police. Three days before the incident, another love jihad incident was recorded at Lalauli Police station in Fatehpur.