Impact of collective opposition of Hindus ! 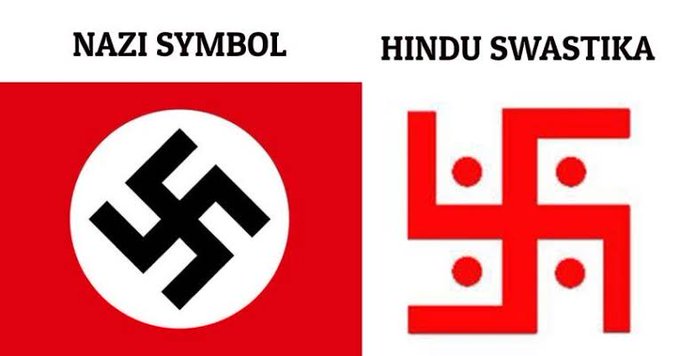 Ottawa (Canada) – A private Bill seeking a ban on Swastik in Canada will now be amended. The Bill would use the word ‘Nazi Hooked Cross’ instead of ‘Swastik’. The Canadian Parliament has approved the change. Peter Julian, an MP from the New Democratic Party of Canada, made the announcement. The change came after protests from Hindus in Canada and around the world. An organisation called Hindu Federation had also staged protests in Canada.

Distinguish Between Swastika and Hakenkreuz, Says Canadian MP Amid Controversy An Indianorigin Canadian lawmaker has urged the people of Canada and the country’s government to distinguish between the Swastika’, an ancient… #World by #News18 https://t.co/4gUw2tfC0U

Once the Bill gets passed, it would enforce a ban on the sale and display of the ‘Nazi Hooked Cross’ in Canada. A few weeks ago, the Nazi cross was used in a protest by truckers in the Canadian capital, Ottawa. Following this, the Bill was introduced.

MP Peter Julian said, ‘I know that the Swastik has an important place among Hindu, Buddhist, and other religions. We will not seek any restrictions on the religious, educational, and historical use of the Swastik symbol in this Bill’.

Canada tilted due to opposition from Hindus to demand a ban on Hindu’s religious symbol Swastika, Khalistani leaders had to ban parliament, the ruling MPs said that the mistake was made, Hindus all over the world will have to struggle to protect their religion. pic.twitter.com/AbjLaCF0ZF

Speaking in Parliament, Liberal Party MP Chandra Arya said ‘There was anger among Hindus over the Bill seeking a ban on Swastik. Hindu Swastik means sacred symbol. It is different from the German Hooked Cross. It is inappropriate to call Hooked Cross a Swastik’.