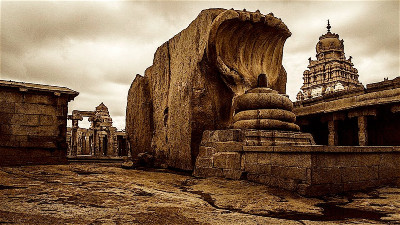 Mumbai – There was a conscious subversion of the history of the temples and might of the country; so that the citizens do not get inspired by them. The same tradition continued even after Independence. Though the books in schools and colleges did not have any information, however, researchers, writers and historians kept people informed. The old temples were proof of the knowledge, science and might of that period. On 28th February Dr Mohan Bhagwat, Sarsanghchalak of the Rashtriya Swayamsevak Sangh (RSS), while publishing Deepa Mandlik’s book, ‘Prakrami Hindu Rajachi Advitya Mandire’, said the numerous of India’s temples including Kerala’s Padmanabhaswamy Temple are proof of the progress made by Indians in architecture and other fields. A senior archaeologist, iconologist and student of temple architecture Dr GB Degalurkar graced the occasion.

Dr Bhagwat continued, ‘we experience Brahmabhavana when we enter the temple with faith. The temples give spiritual experiences and take us to moksha. But they are also conducive to society. The temples were centres of trade and education. The people living in the area could earn a living here. The mighty Hindu Kings built huge temples, but instead of keeping them as personal property, they left them for the people. They even took care of the wealth of the temples