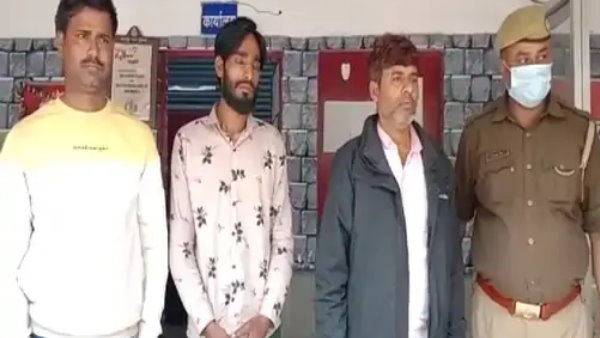 Kanpur (UP) – A shocking incident has been revealed from Kanpur in which Geetadevi, who went missing five days ago from Ratanpur Colony, was killed by her lover Mukhtar. Her body was dumped in a drainage near Bhaupur Maitha. It was recovered after Mukhtar confessed about it. Geetadevi’s husband is in the Central Reserve Police Force.

Mukhtar lives near Geetadevi’s parental home. The two had a love affair before marriage. He used to visit Geetadevi’s house in her husband’s absence. ‘I strangled Geetadevi to death out of anger that she was constantly talking to someone else’, Mukhtar confessed. Police are searching for two others who helped him in the murder.