(In Kerala, devout Hindus are killed by brutal Jihadis and this is called the ‘Kerala model’) 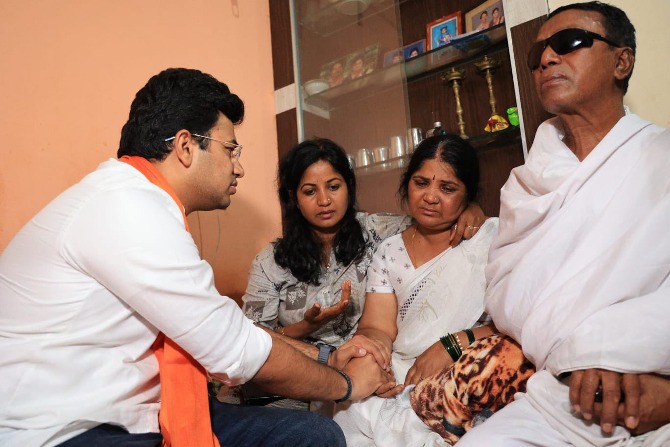 Bengaluru (Karnataka) – The way Harsha has been killed we have seen such murders in Kerala. This is not the first time such an incident has occurred. It is terrorist’s ‘Kerala model’ says BJP MP Tejasvi Surya. Surya met the aggrieved family of deceased Bajrang Dal activist Harsha who was stabbed to death in Shivamogga. He was talking to the reporters and accused that in Karnataka and all over India, the Popular Front of India (PFI), Socialist Democratic Party of India (SDPI) and Campus Front of India are responsible for such actions.

3. Amend KCOCA to declare these outfits as organised crime syndicate

1.    Harsha was a dedicated activist of the Bajrang Dal. He lived for Hindutva and also gave his life for Hindutva.

2.    Radical Islamic terrorists that have been spreading in Karnataka have killed Harsha. I request the Karnataka Government to not see this case as murder under the 302 Act, but immediately register cases against the arrested under UAPA and declare this as an act of terror.