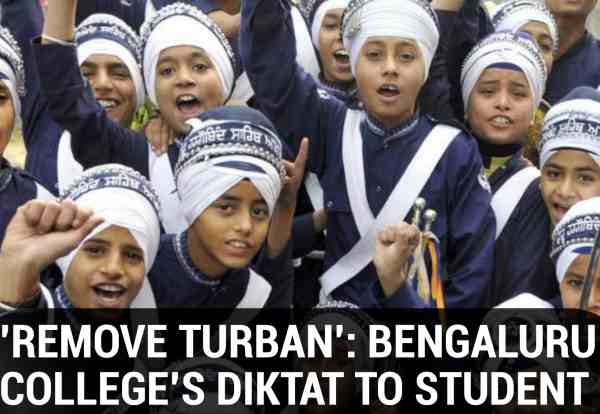 Bengaluru (Karnataka) – Following the Karnataka Supreme Court order a Sikh girl was asked to remove her turban at the Mount Carmel PU College Karnataka. The college authorities discussed with the student’s father after she refused to remove the turban. School administration said to the student`s father,’ We know how much a Sikh values his turban, our hands are tied due to the Supreme Court order.’

A college in Bengaluru is under fire after it asked a #Sikh student to remove her turban amid ongoing #HijabRow in Karnataka. pic.twitter.com/VhG6dwIlR2

This incident irked the Sikh community. They said, ‘asking a Sikh to remove the turban is an insult to the Sikh religion. We demand that already prevalent practices from ancient times in the country should be allowed so that the people will not be bothered.