BJP’s demand to change the name 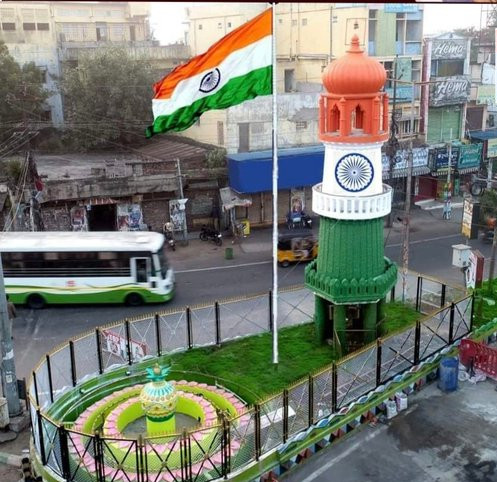 Guntur (AP) – Tricolour adorns the Jinnah Tower of Guntur. MLA Mohammad Mustafa said that at the request of various groups, it was decided to paint the tower in Tricolour and also hoist the National Flag.

BJP in charge of the State of AP, Sunil Deodhar told reporters that they will continue the agitation till the name of Jinnah Tower is changed. It is good that it has been painted with the Tricolour, but even its name should change. Just like the name of Aurangzeb Marg, Jinnah Tower’s name should be changed to ‘APJ Abdul Kalam Tower’.

On Republic Day, some Hindus tried to hoist the National Flag on the Jinnah Tower, but the Police stopped them. (Is Guntur in India or Pakistan ? – Editor)