Chennai – A converted Christian Balakrishnan has been arrested for vandalising the Idols of Deities in Shri Ganesh temple at Vadamadurai in Dindigul District of Tamil Nadu. Balakrishnan smashed a total of five Idols, including the Idols of Shri Ganesh and four Naga Deities. He destroyed the electrical systems of Virbhadra and Ravaneshwar temples adjacent to this temple. The Police were reluctant to arrest Balakrishnan, but he was arrested after a protest by the Hindu Munnani organisation.

Media houses reluctant to report vandalism of Idols by a converted Christian ! 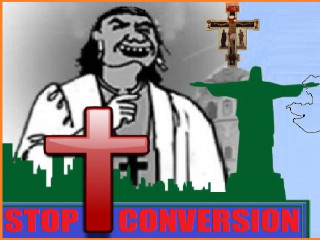 The man identified as Balakrishnan who runs a financial institution in Kerala, had ‘loved’ a girl belonging to a different religion in Kerala and changed his name to Salim for her.#TamilNadu #Temples #Kerala https://t.co/LRAQxEd9wj

1. 21 June 2021: Vandalism of Shivling and Idols of Goddess Parvati, Shri Ganesh, and Nandi in Shiva temple in Pudukkottai District.

3. 25 July 2021: The religious fanatics tore the garments on the Idols of Shri Ammandevi and Shri Durga and dropped semen on these Idols in the 1,500-year-old temple at Rani Peth.

4. 7 September 2021: At Peralambur, religious fanatics set fire to two chariots used for the procession of Idols of Deities during the pilgrimage.