Dwarka (Gujarat) – The Sunni Waqf Board had filed a petition in the Gujarat High Court claiming two islands on the island of Beyt (Bet) Dwarka, a Holy pilgrimage place for Hindus. The petition was dismissed by the Court. There are 8 small islands in the cluster of Beyt Dwarka Island.

#Gujarat:🚨 Waqf Board has filled an application in High Court & claimed the ownership of 2 islands in Bet Dwarka in Devbhoomi Dwarka.

The Court rejected the application & said,“Are you aware of what you are saying? How can Waqf Board claim ownership of land in Krishnanagari?’

The Waqf Board had claimed in the petition that they own two islands on Beyt Dwarka. The Court asked, “Are you aware of what you are saying ? How can the Waqf Board claim ownership of land in the city of Shrikrushna ?” 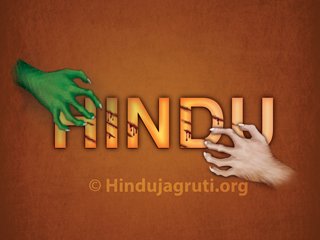 Beyt Dwarka was the abode of Shrikrushna when He ruled Dwarka. It is a 30 minutes ride by boat from Okha. 7,000 families live on this island, of which, 6,000 families are Muslims.