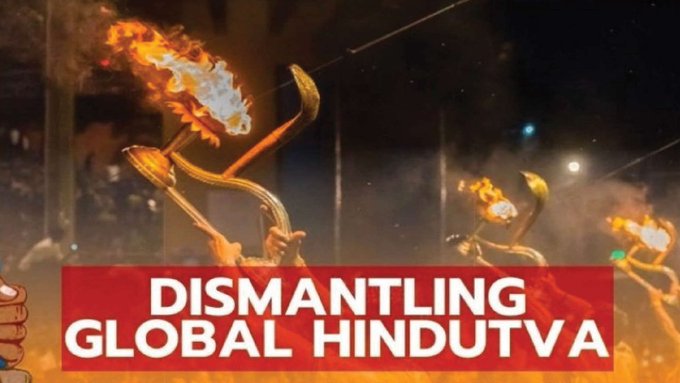 New Delhi – An online conference called ‘Dismantling Global Hindutva’ has been organised internationally from 10th to 12th September to oppose a very tolerant and peaceful community. While the devout Hindu organisations around the world are lawfully opposing it, the British daily ‘The Guardian’ has made irresponsible and baseless allegations against these organisations. The newspaper reported on its website that pro-Hindu organisations were threatening to kill the organisers and speakers of the conference, while the women speakers were issued threats of sexual violence and violence against their families. It also stated that the women speakers were being opposed by stooping at a lower level. However, The Guardian did not provide any evidence (e.g., a tweet or a Facebook post or an e-mail) for its allegations.

1. The Guardian further reported that the Hindu Janajagruti Samiti, an organisation in India, has strongly opposed the conference and called on the Union Home Minister of India to take action against the participating speakers. (It is a sort of an acknowledgement of the extensive work of Hindu Janajagruti Samiti for the protection of Hindu Dharma. – Editor)

3. Rohit Chopra of Santa Clara University, USA is one of the organisers of this conference. His statement regarding the protests by Hindus has been published in this report. Also included in the report is the statement of Audrey Truschke, an anti-Hindu professor who teaches at the Rutgers University in New Jersey in the United States; however, The Guardian has not taken any effort to publish the stand of devout Hindu organisations. (Realise the Hindu hatred of ‘The Guardian’ which cannot follow even the fundamental principle of journalism ! Hindus must oppose this newspaper appropriately and lawfully. – Editor)

4. According to this report, devout Hindu organisations have sent thousands of e-mails to various universities, which has caused the servers of these universities to crash. (This shows the anger of tolerant Hindus. It should be noted that The Guardian has nothing to comment on this ! – Editor)