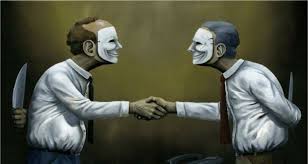 Out of the 56 Islamic countries globally, so far only Pakistan and Qatar have openly supported the Taliban. No other country from this group has even uttered a single word either in support or against the deadly group. These countries prefer to remain silent on the issue as they would be accountable for their stand at the international level and are also scared of the possible restrictions that would be imposed from other countries if they extend their support to the jihadis. OIC i.e. Organisation of Islamic countries also refrained from issuing a statement. At the same time, one can easily note that these countries haven’t come forward strongly against the Taliban.

Withstanding the atrocities done by the barbaric Taliban on women under the garb of the Sharia in its earlier regime and many Afghans trying to flee their motherland to safeguard their lives, these Islamic countries are silent spectators. These Afghan citizens are Muslims. Globally, Muslims who otherwise arose fierce anger whenever non-Muslims hurt Muslims in any corner of the world, have shut their mouth on the predicament of the south Asian nation. The Muslims who resorted to riots and arson in Mumbai in support of Rohingyas way back in 2012 are now blindfolded even after observing the tyrannical acts of the Taliban. On the contrary, some Muslim Clerics (Moulavis) have extended their support to the Taliban. They are unaffected by the sufferings of the innocent Afghans. Bangladeshi writer Taslima Nasreen categorically tweeted, “When Muslims kill Muslims, most Muslims are silent. When non-Muslims kill Muslims, most Muslims get furious. Muslims won’t cry for Afghans, they will cry for Palestinians.” This alone showcases the hypocrisy of Muslims. Many Islamic countries have denied giving asylum to refugees from Afghanistan. Islamic neighbours have deployed armed forces on the border to stop Afghans from entering their countries. Turkey has built 295 km. long wall along its border to stop the refugees from this war-torn country. The same Islamic countries had denied entry to Rohingya Muslim refugees from Myanmar almost a decade ago. Islamic countries have always remained silent on “Uyghurs” who are facing hardship and atrocities at the hands of communist China. This proves what love these theocratic states have for their Afghan brethren. As usual, India has shown its tolerance towards Afghan citizens and airlifted hundreds of them to India to provide asylum. Thousands of Afghan students stay in India for last many years for educational purposes. Now there is a rising demand to extend their visas. There is every possibility that India will fulfil the demands. India has always shown humanity thanks to its great Hindu culture. This is a tight slap to those who raise questions of the likes of “what will be the state of Muslims and others in the Hindu Rashtra ?” Islamic countries and the Muslims in India do not utter a single word about Afghan Muslims. On the contrary, the pro-Hindu BJP Government at the centre is lending a helping hand. Will the Congress, Samajwadi Party, Communists and so-called secularists accept this now ?