Conversion activities in our country have been going on for decades. This is public knowledge and State Governments too are fully aware of these. Yet, not many take up cudgels against it to protect or educate Hindus on their Dharma. 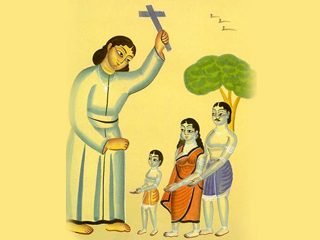 New Delhi – According to reports, the Sukma Superintendent of Police has sent a directive to all Police stations in the District to keep an eye on the conversion activities of the Christian missionaries, who routinely visit tribal areas to lure them into Christianity. In his letter, Sukma SP Sunil Sharma has said that the Christian missionaries, along with tribal Christians, routinely venture into several areas of the District to coax the non-Christian tribals to get converted into Christianity.

“Owing to this, the situation resulting into a conflict between the local tribals and those converted (to Christianity) can’t be ruled out”, Sharma said in his letter.

It is notable here that conflict between Christian missionaries and tribals are an issue in many tribal regions. Also luring tribals into Christianity by promising jobs, money, foodgrains and other benefits have often been reported in remote areas.

Speaking to the media, the Police officer said that the circular is more preventive in nature rather than prohibitory. He said he sent the directive in response to the religious conversion activities that have happened in the nearby Districts, adding that he did not want such a situation to arise in Sukma.