The Assam Government should make efforts to ensure that such accused are hanged at the earliest. 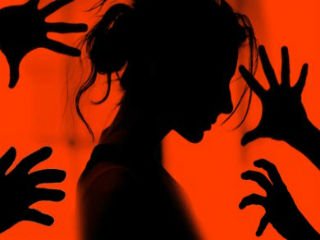 Udalguri (Assam) – Five Muslims including a woman were arrested by Darrang Police from two villages under Dalgaon Police station for their involvement in a suspected case of gang-rape and murder of a Hindu woman. The suspected people were arrested by Police after the recovery of a woman’s body in Daipam Namati village under Dalgaon Police station on Saturday.

The victim was identified as a Hindu woman Sikhla Basumatary (name changed) of around 30 years of age and a resident of Udalguri. Police brought the body to Mangaldai civil hospital for conducting post-mortem in the presence of the executive magistrate of Darrang district. Police have suspected it to be a case of gang-rape and murder.

As per report Assam Police has arrested Abdul Barek and Abul Hossen from Kachari Para-Jangalgaon and Abdul Jabbar, Abeda Khatun and Badsah Ali from Dalgaon in this gangrape and muder case.

The chief conspirator Abdul Barek abducted the victim girl from Udalguri town on Friday and taken her to Dalgaon. The Muslim racket tried to use the victim for prostitution. When the Hindu women denied to do so, the four male accused Abdul Barek, Abul Hossen, Abdul Jabbar and Badsah Ali raped the victim one by one and threw her body in a maize cultivation land after murder. The female accused Abeda Khatun was arrested as an accomplice of the gang rape and murder.