This criticism is over Qatar’s bid to host the Football world cup ! 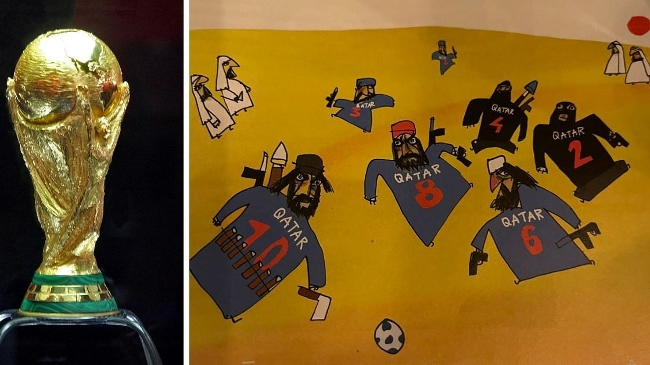 New Delhi  –  The Football World Cup will begin on the 20th of November in Qatar, a staunch Islamic country. The strict laws of Islamic countries have raised concerns among spectators and players alike. With this background, a cartoon has been published in France in the French language magazine ‘Le Canard enchaine’. It shows the t-shirts of the players with the faces of Islamic terrorists drawn on them. The word Qatar has been written on these t-shirts and next to it are images of a knife, a gun and a rocket launcher. Qatar has condemned this cartoon and Muslims around the world are opposing it. They have expressed that it is racist, insulting and motivated by hatred towards Islam. They are also opposing it through social media.

In 2015, Charlie Hebdo’s office (the French magazine) was attacked after it published a caricature of Prophet Muhammad. 12 people died in this attack. But the magazine had responded by saying that “Publishing cartoons is a part of our freedom of expression”.