A case of refusing a marriage proposal ! 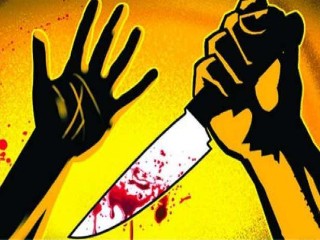 Guwahati (Assam) – Anjali Biswas was brutally stabbed and wounded here in Guwahati by Rafiq Ali for refusing his marriage proposal. According to the information given by the locals, Rafiq Ali a Muslim youth attacked Anjali Biswas with a sharp knife when she was on her way to work. Rafiq Ali stabbed her in her hands, eyes, face, neck, chest, and stomach. Hearing her scream, locals rushed and saved her. Rafiq fled but the Police later arrested him.

The critically injured girl was admitted to Guwahati Medical College and Hospital (GMCH). After an operation of several hours, she was shifted to the ICU. The doctors said, her condition was still critical, and the recovery will take a few more days.

The locals said that Rafiq the accused had been stalking the victim for the past several days. But the girl spurned his advances and proposal for marriage. He had threatened her several times, but the girl ignored him.